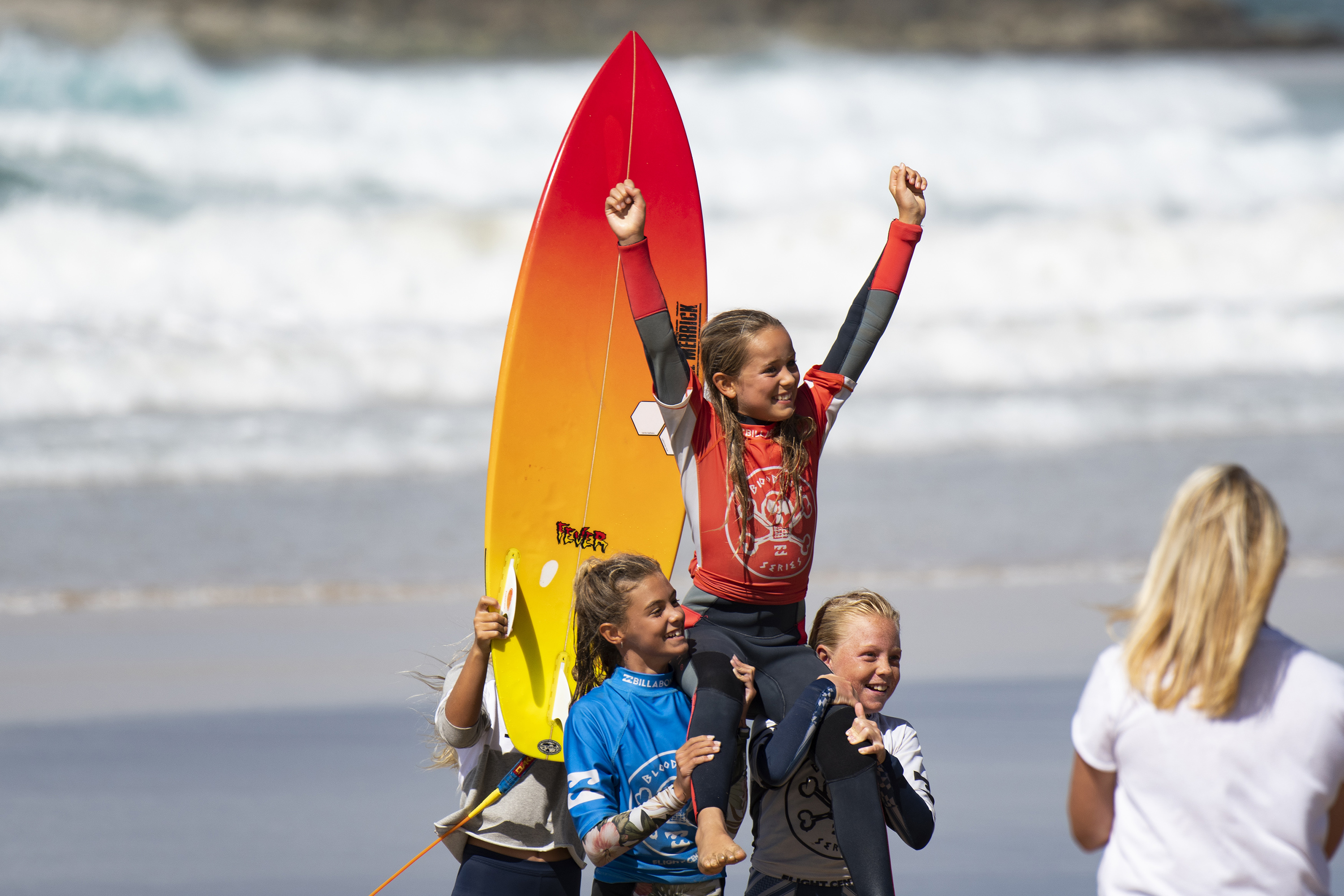 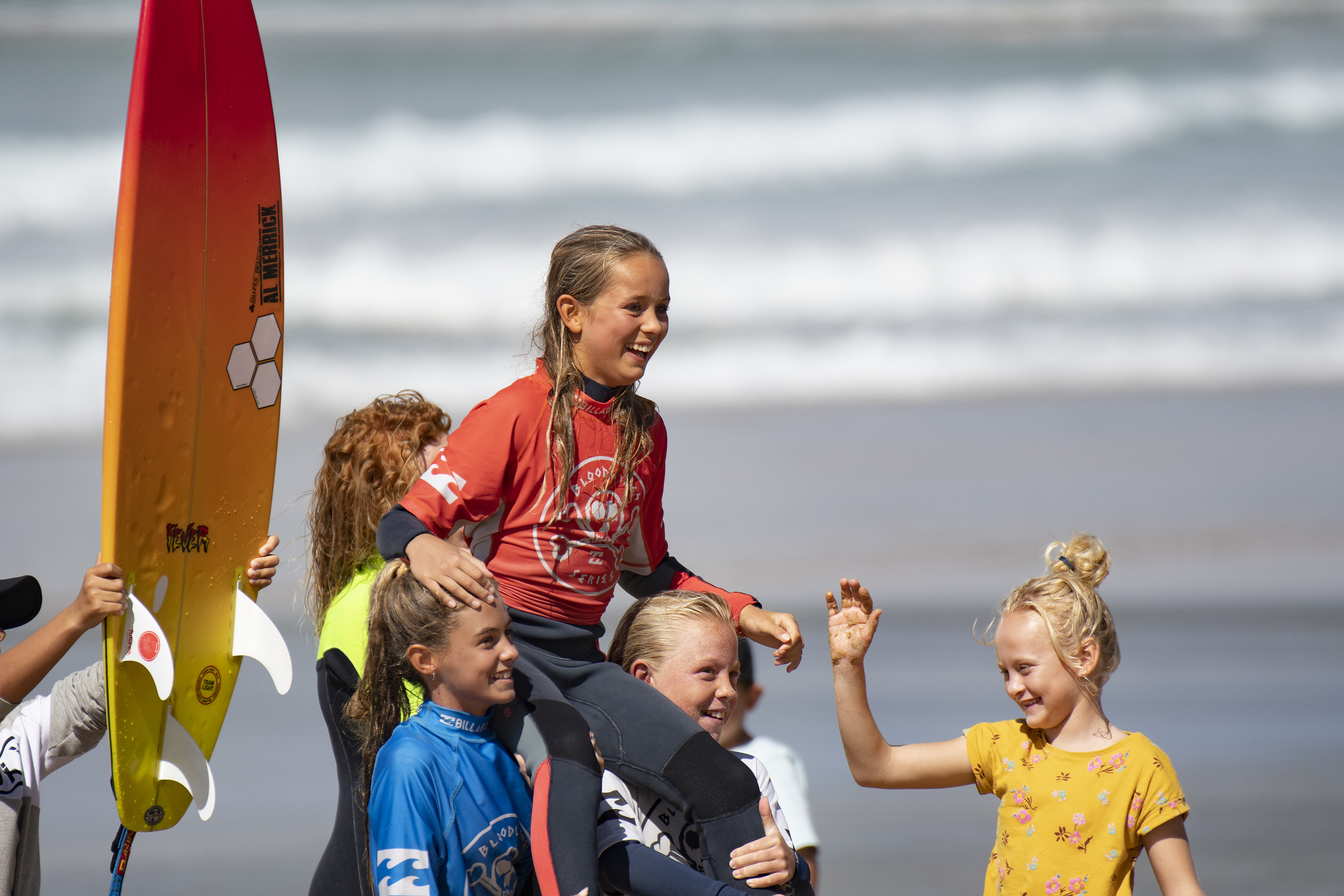 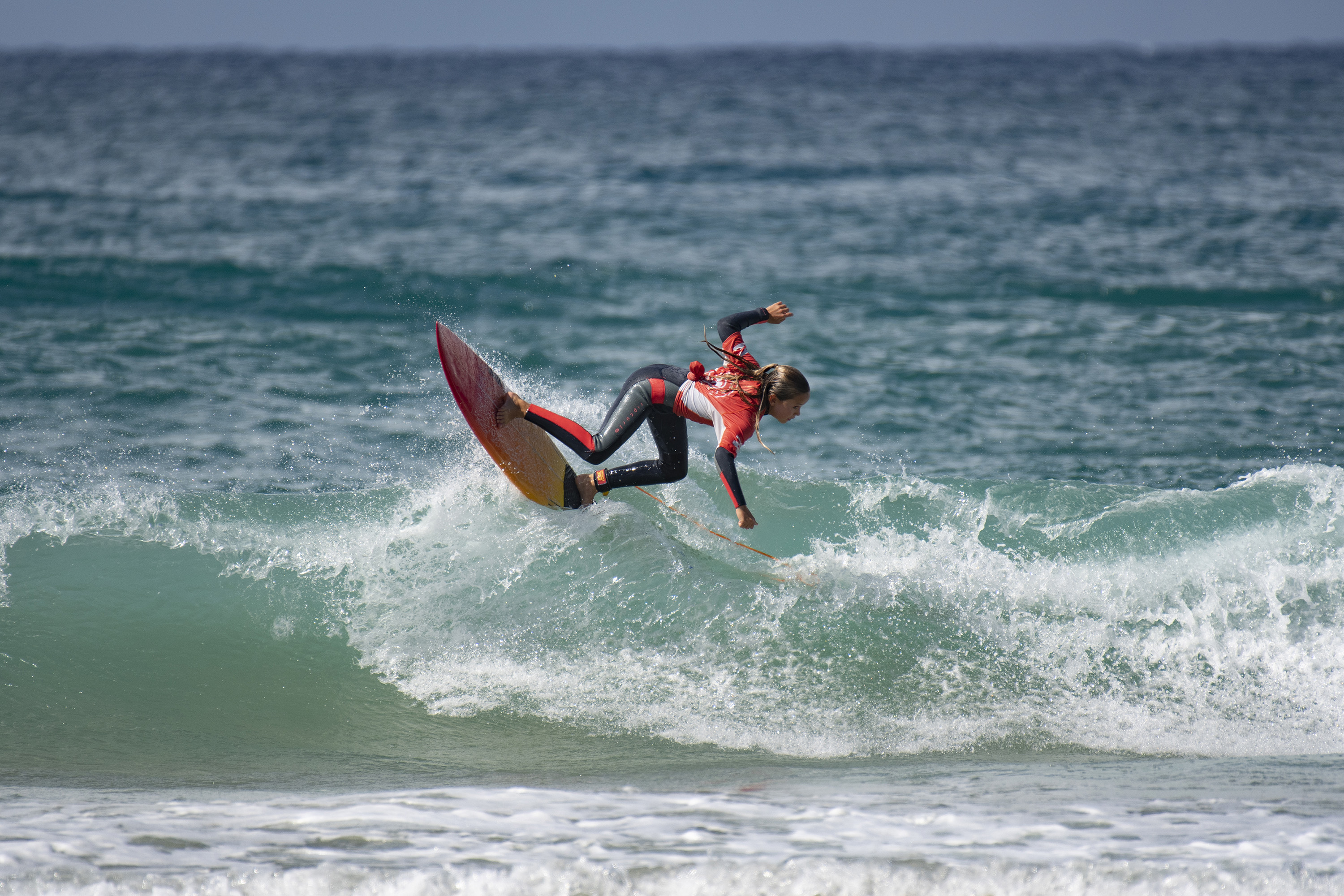 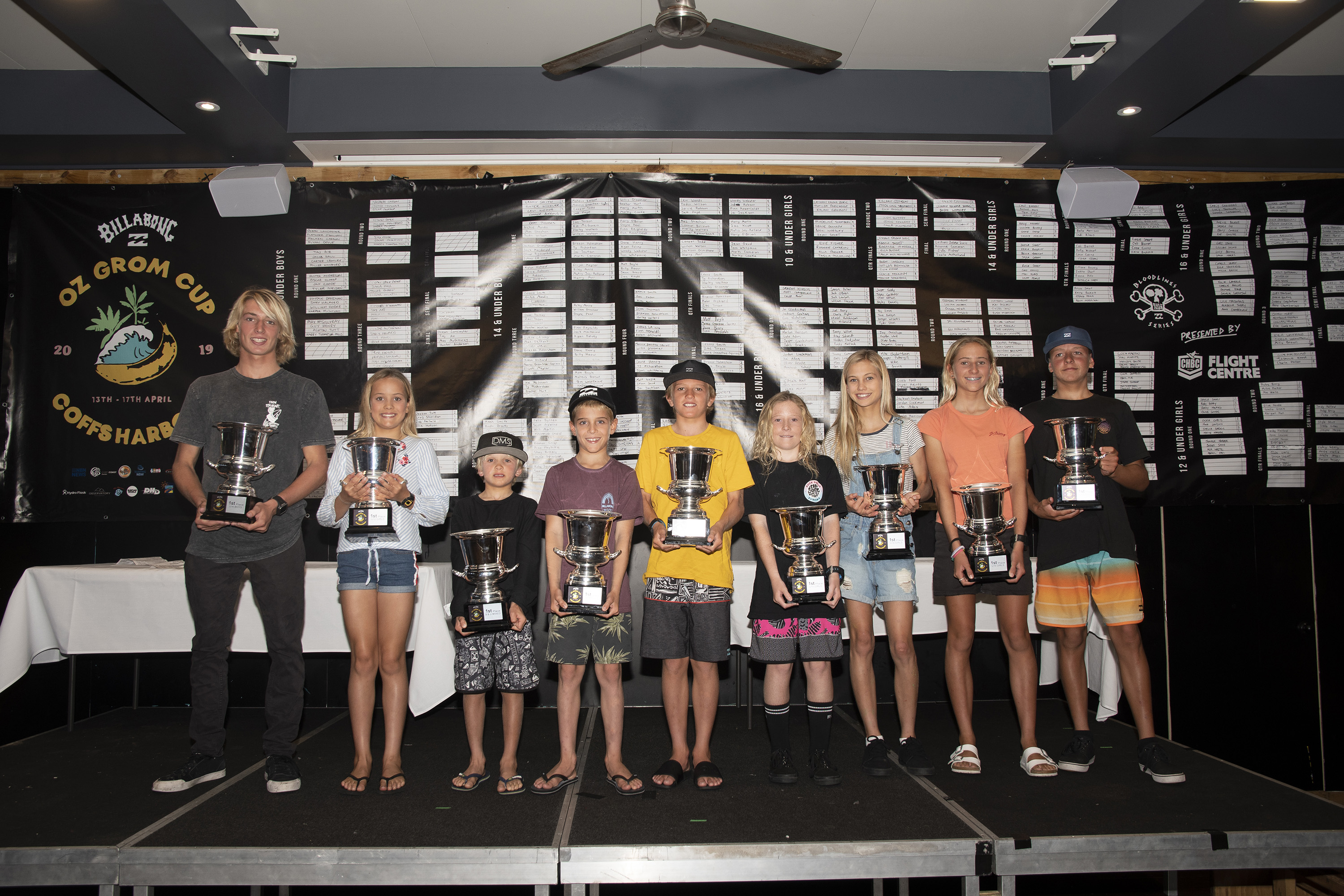 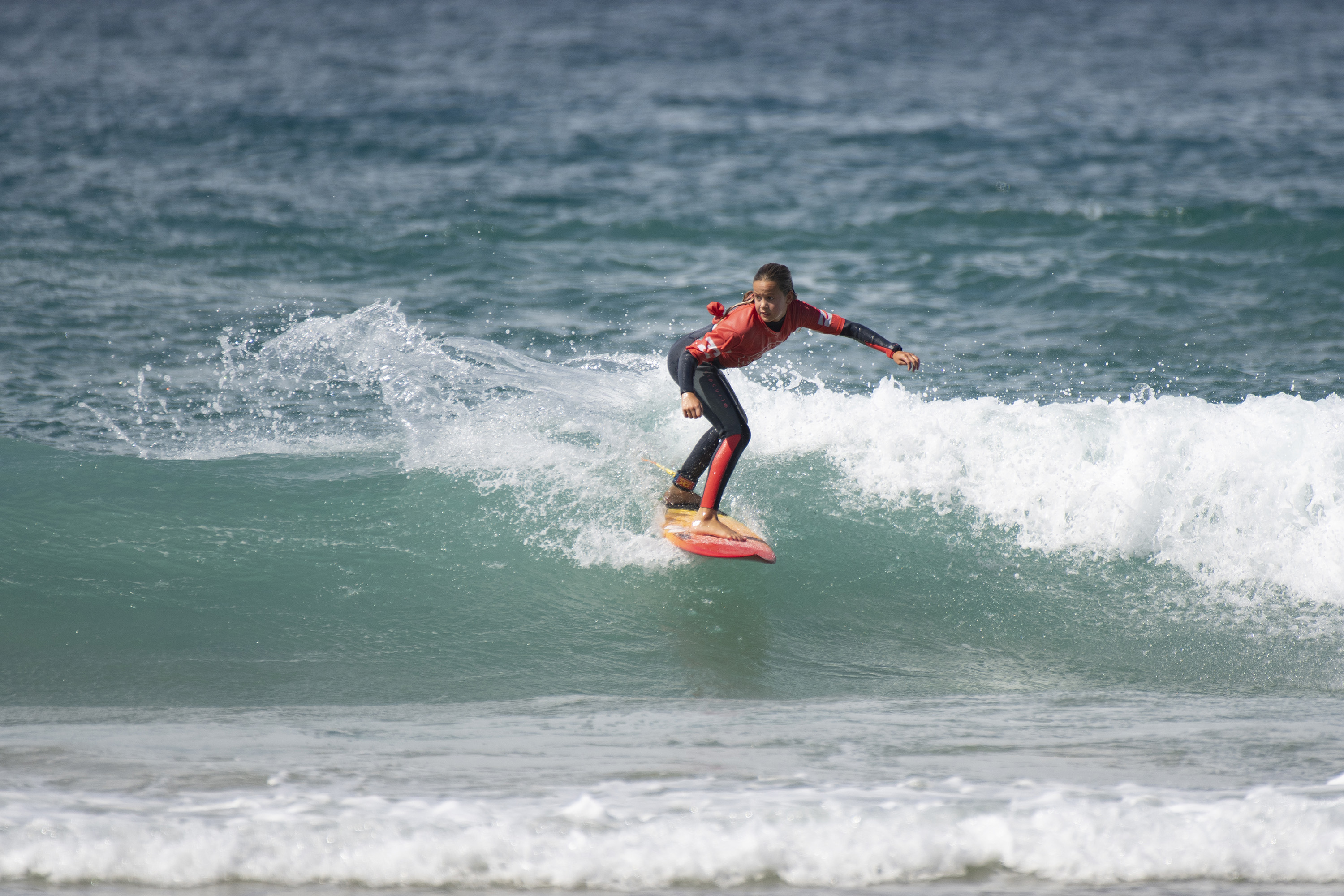 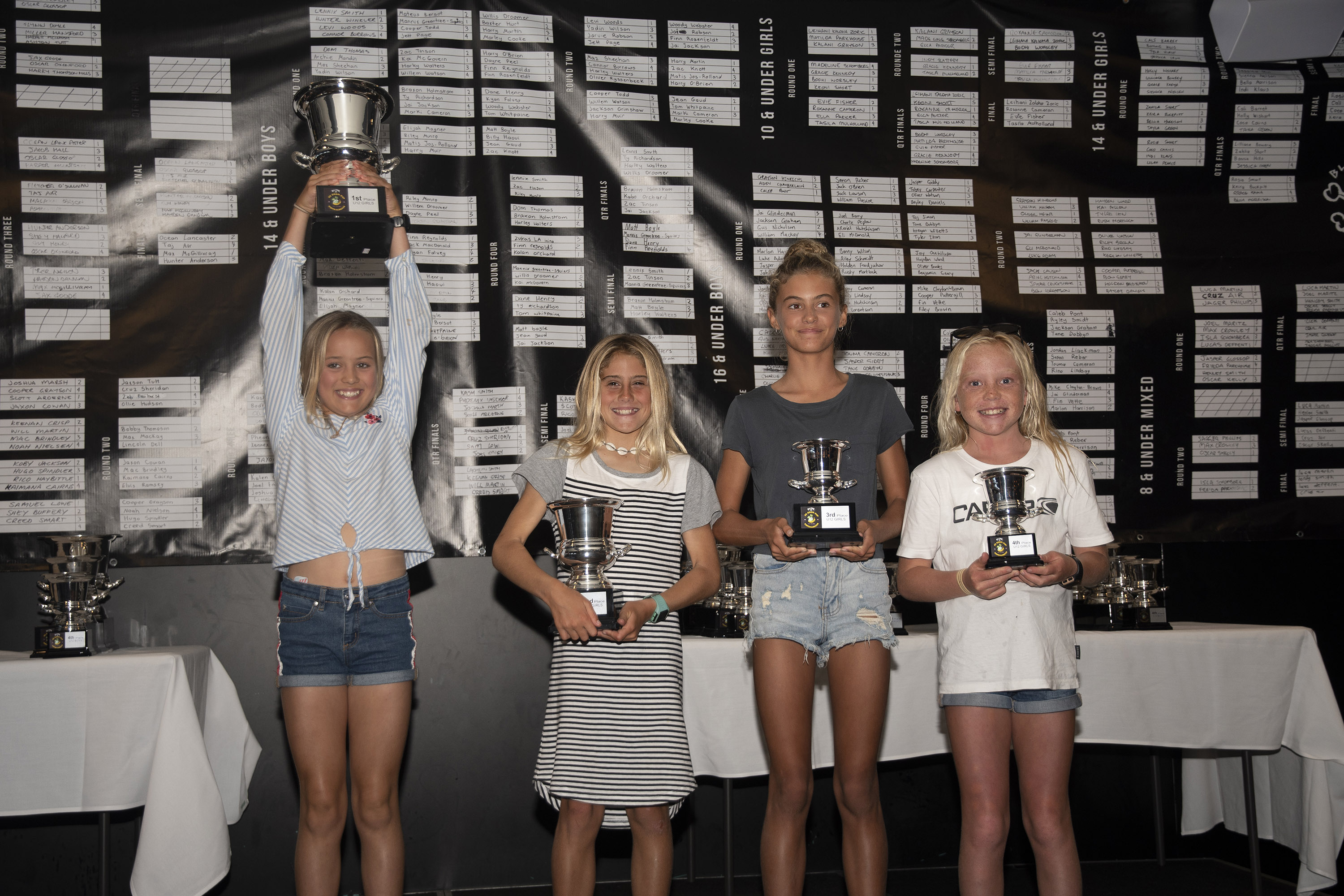 Gold Coast natural-footer Jackson Graham (Currumbin, Qld) saved his best performance for last as he tackled the 16-and-Under Boys division. With the priority on his side, Graham found a bomb set that allowed him to execute a barrage of giant snaps which were duly rewarded with a near-perfect 9.50 scoring wave. The aforementioned score allowed Graham to leap his fellow opposition, gain the lead and claim the biggest win of his young career.

Charli Hurst (Port Kembla, NSW) found a handful of powerful sections and steep walls over the duration of the 16-and-Under Girls division, claiming an impressive victory. The South Coast goofy-footer nailed a mix of sections in the 20-minute affair, posting a respectable 12.16 two-wave total to get the win ahead of Giorgia Lorentson (Noosa Heads, Qld), Carly Shanahan (Wooli, NSW) and Lily Macdonald (Freshwater, NSW) who claimed second, third and fourth respectively.

Local surfer Rosie Smart (Sawtell, NSW) added another solid accomplishment to her rapidly growing portfolio taking out the 14-and-Under Girls. Smart synced her rounded repertoire of turns and carves to her local beachbreak conditions, performing a series of decent turns to post a solid 15.17 two-wave heat total and claim the win.

Lucas Deffenti (Miami, Qld) showed he’d be a name to watch in future years, surfing out of his skin in the 8-Mixed division. Paddling in without the assistance of parents, Deffenti performed a handful of decent carves and turns to post a perfect 10.00 ride and a 7.33 to take his two-wave heat total to 17.33 and as a result, left his fellow competitors chasing two-wave combinations of scores to take away his stranglehold on the heat.

Ruby Berry (Augusta, WA) proved she's also a star on the rise taking out the hotly contest 12 & Under Girls divison.

All other results can be seen below.

Most states were represented in the event, with surfers coming from Queensland, NSW, Victoria and WA.