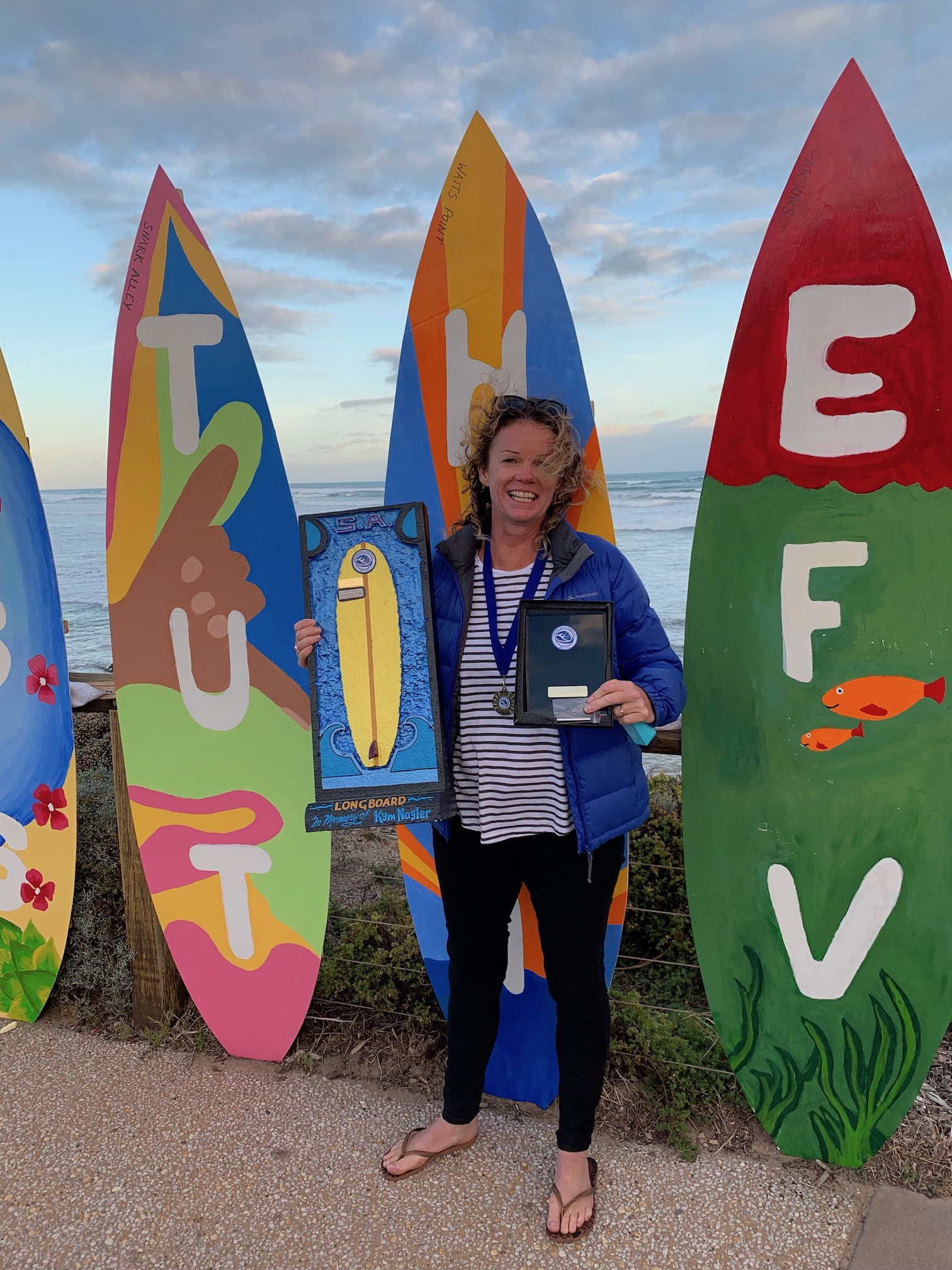 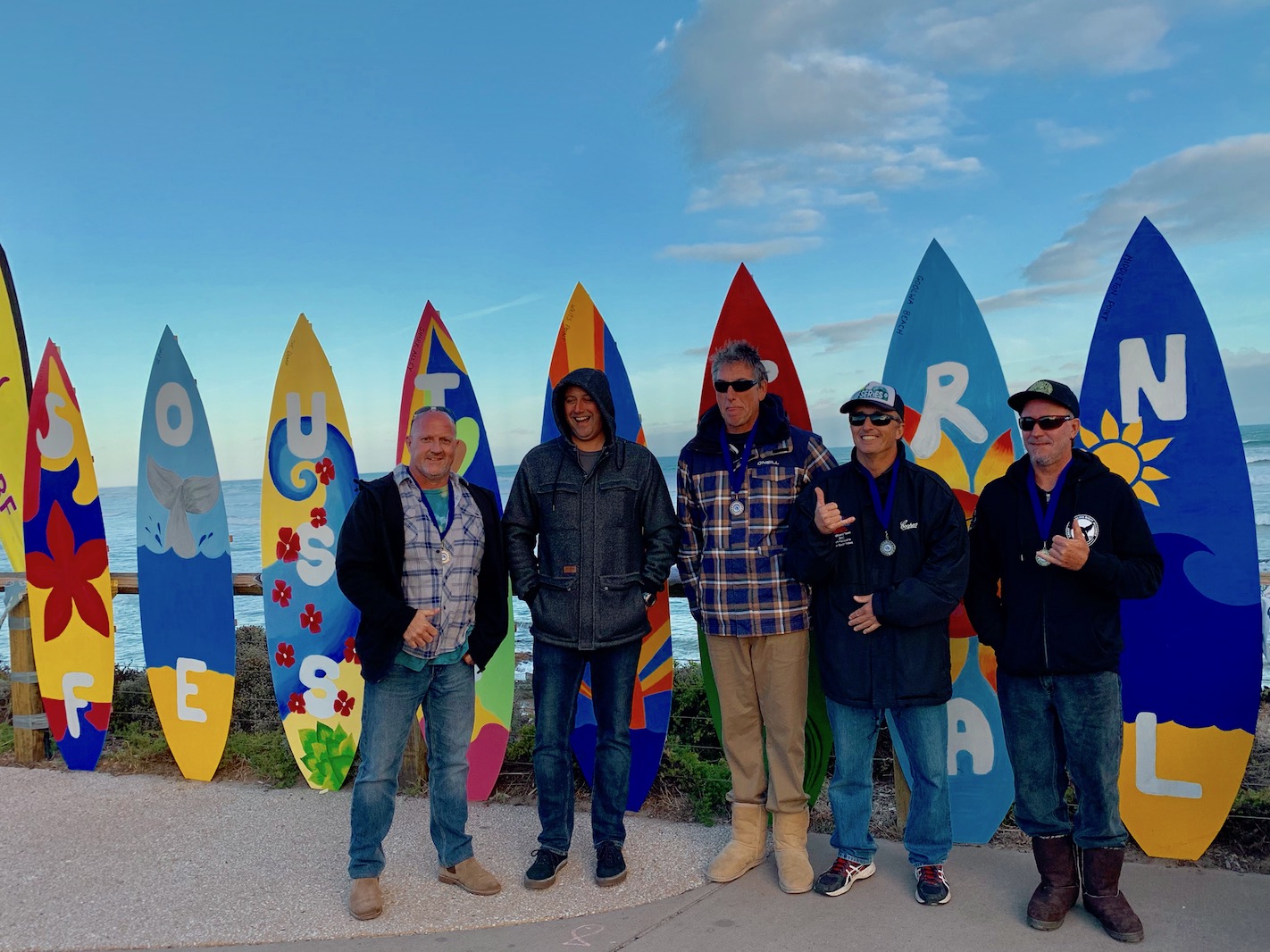 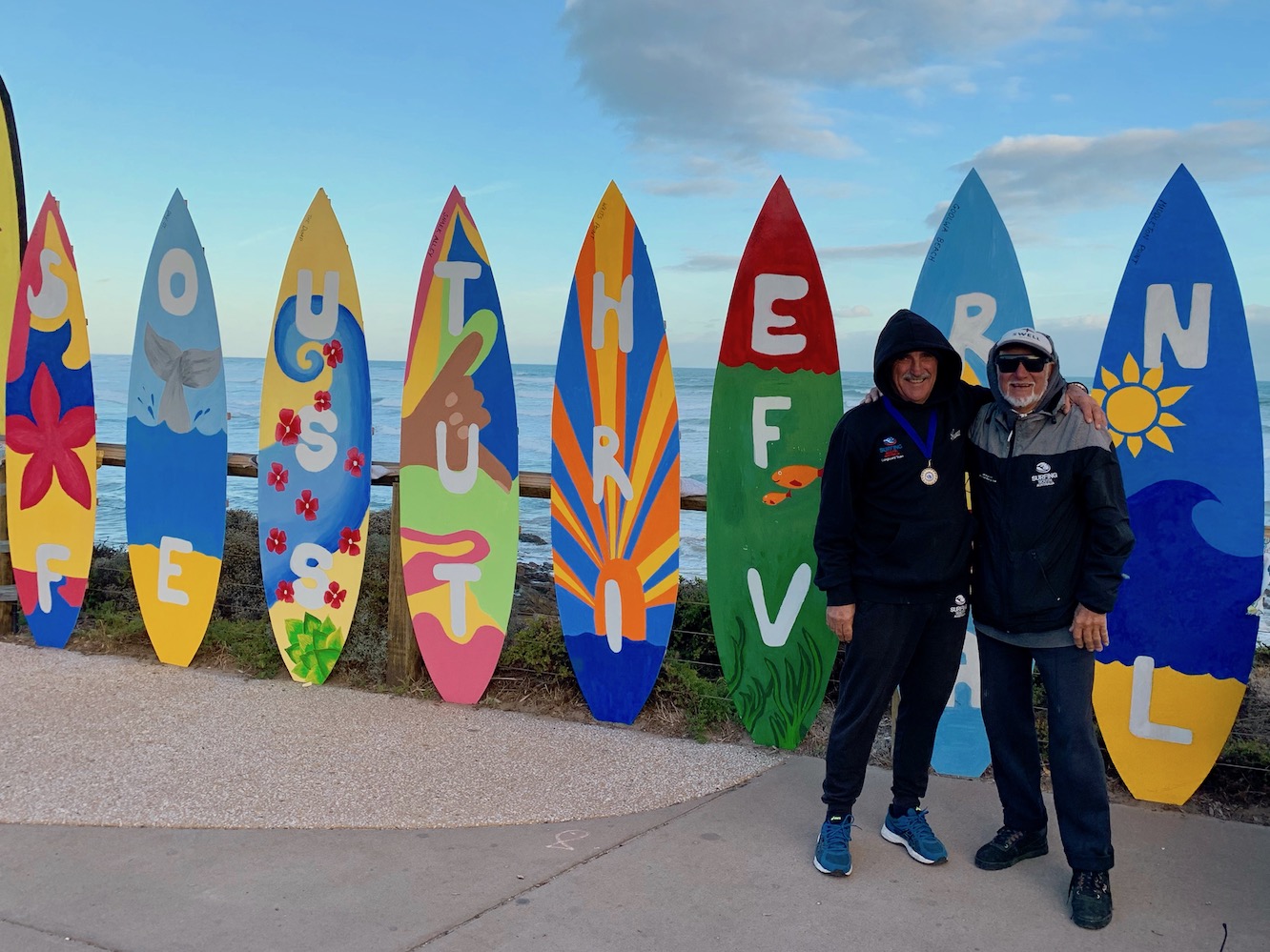 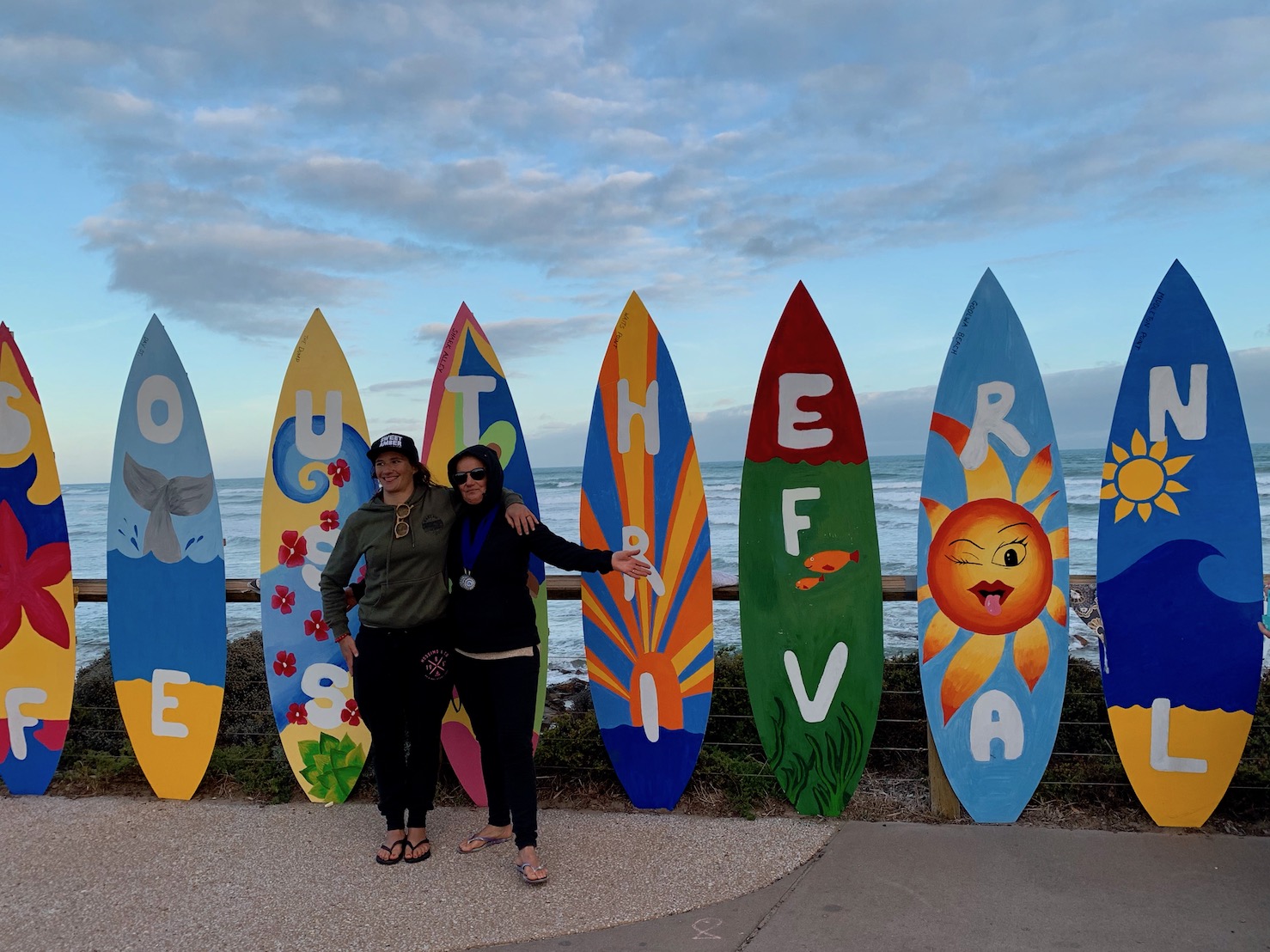 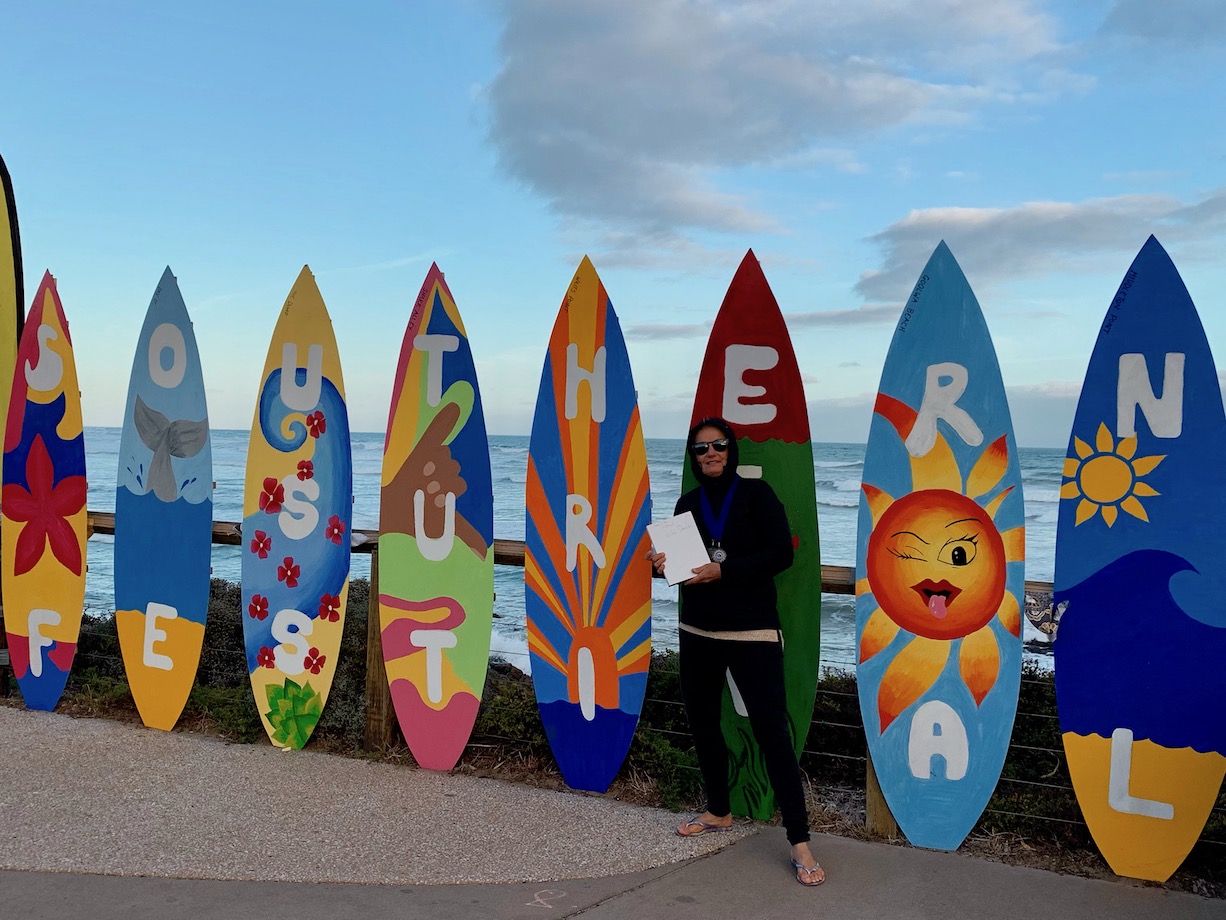 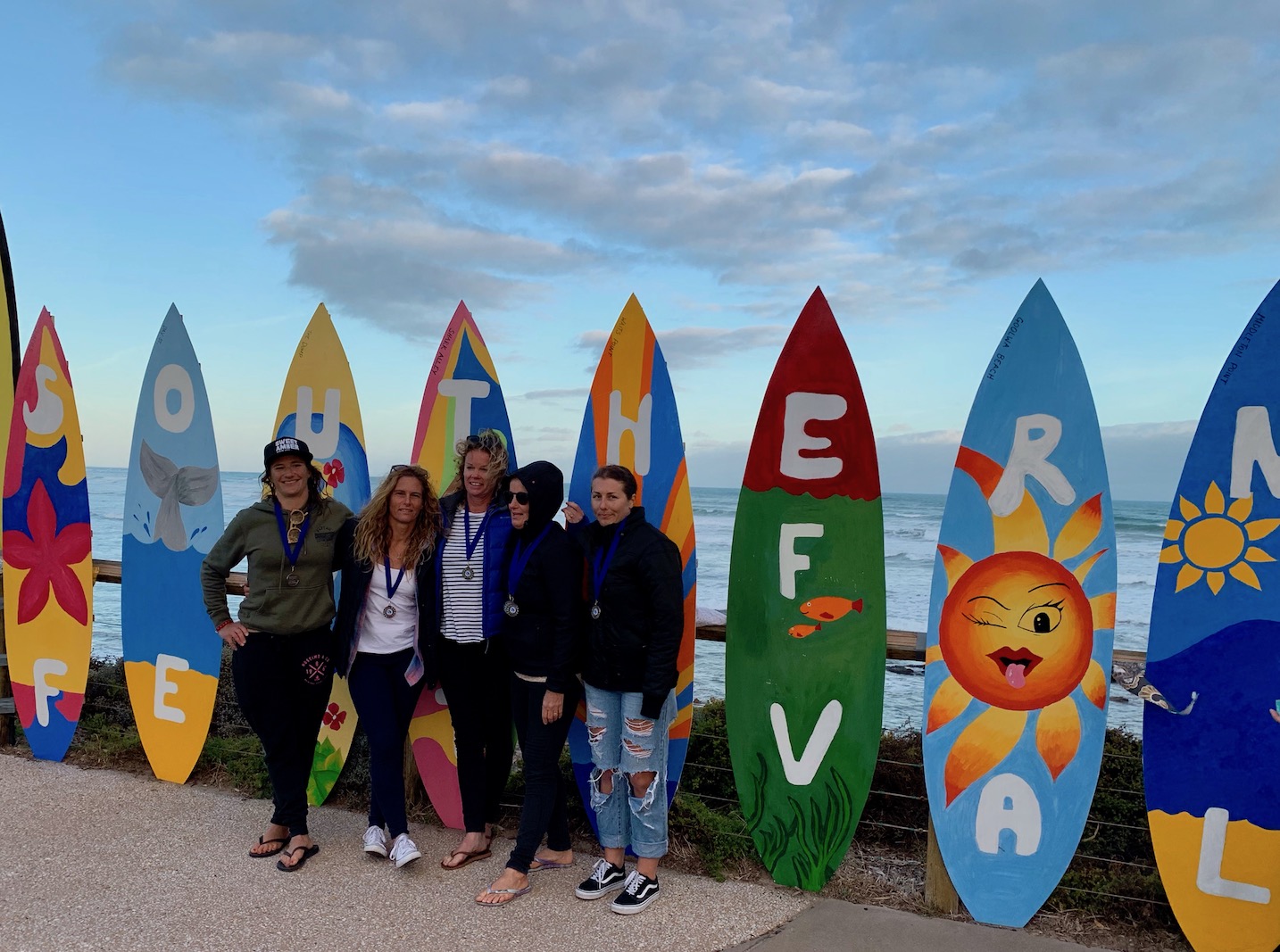 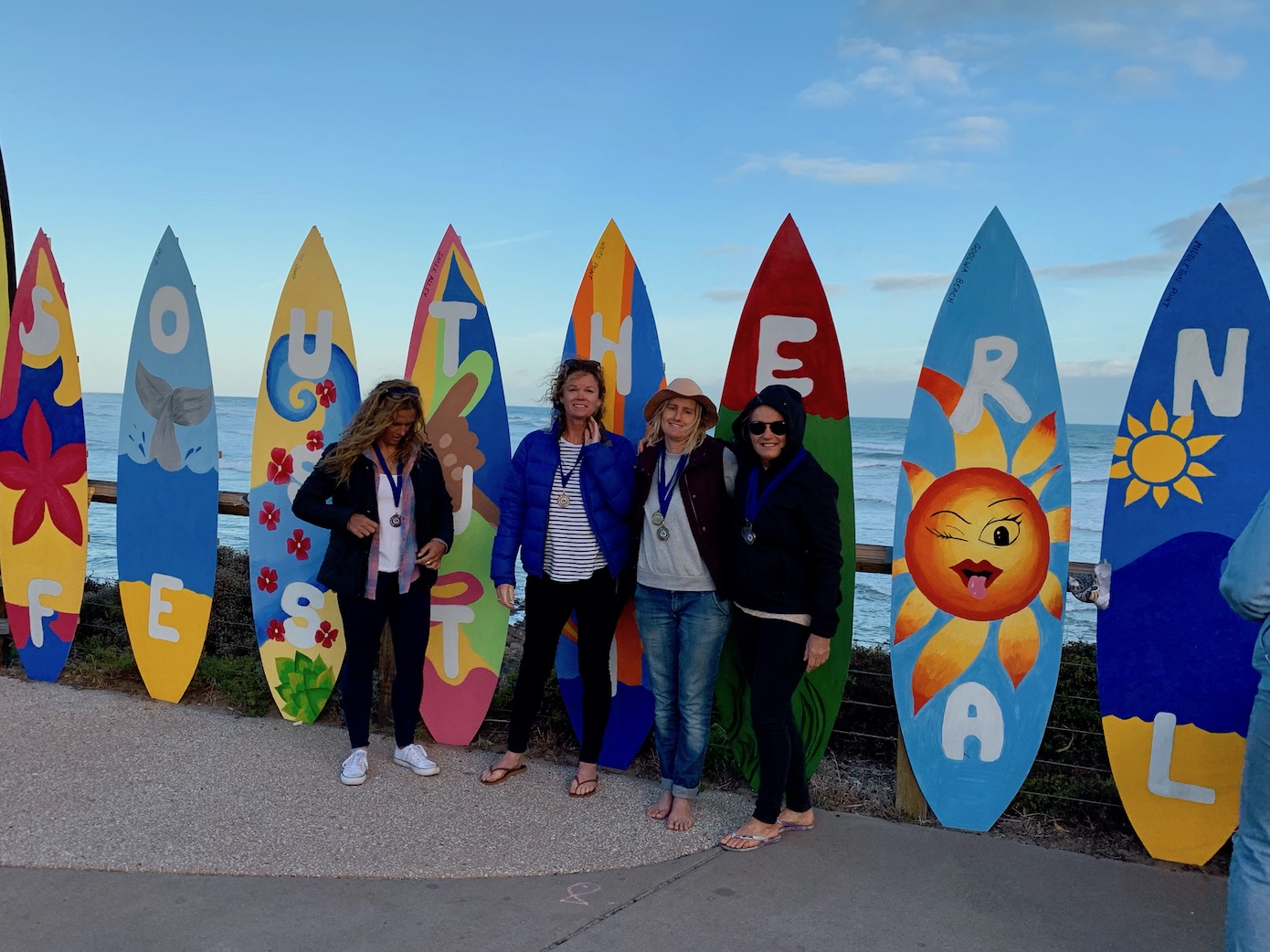 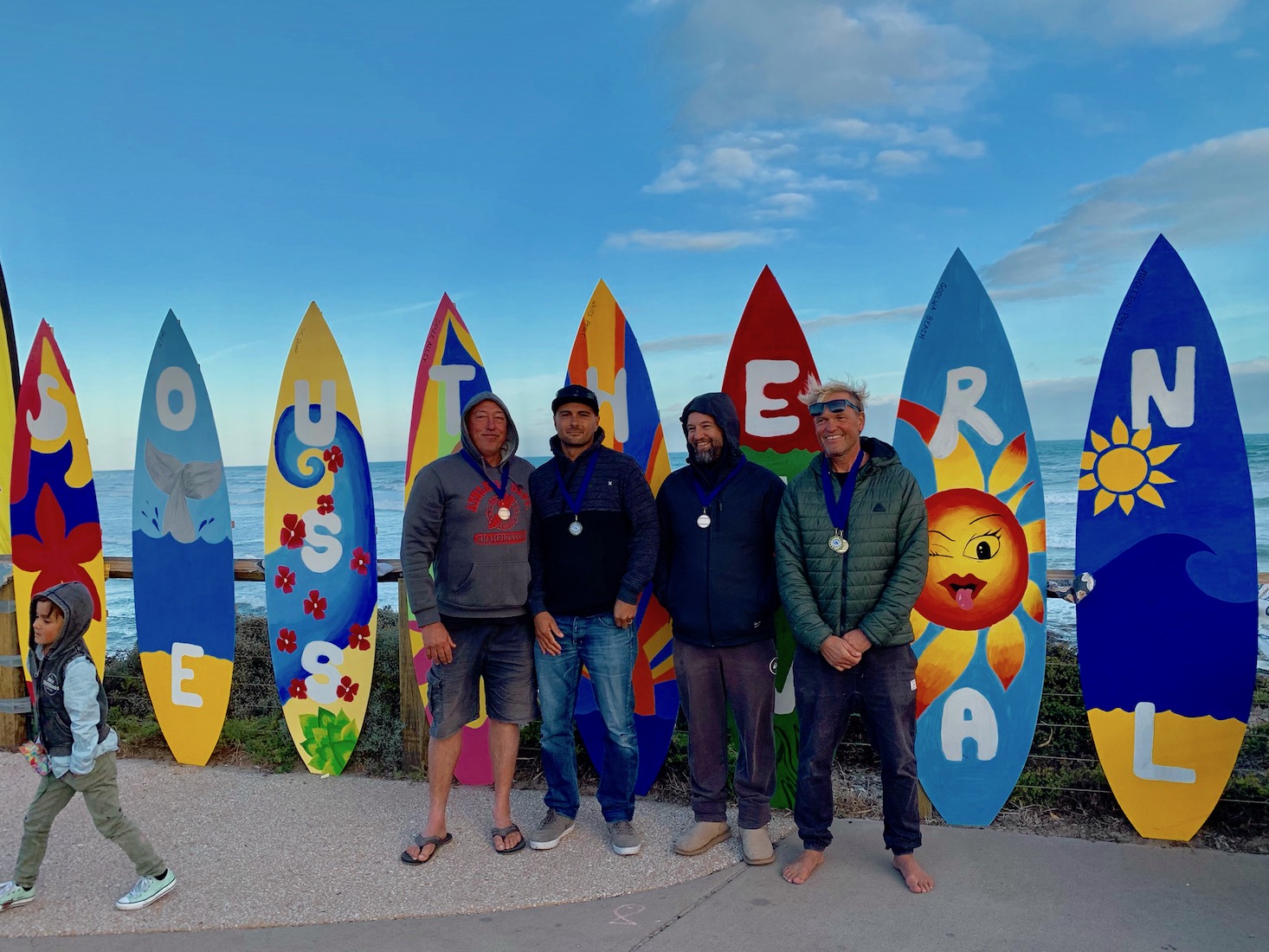 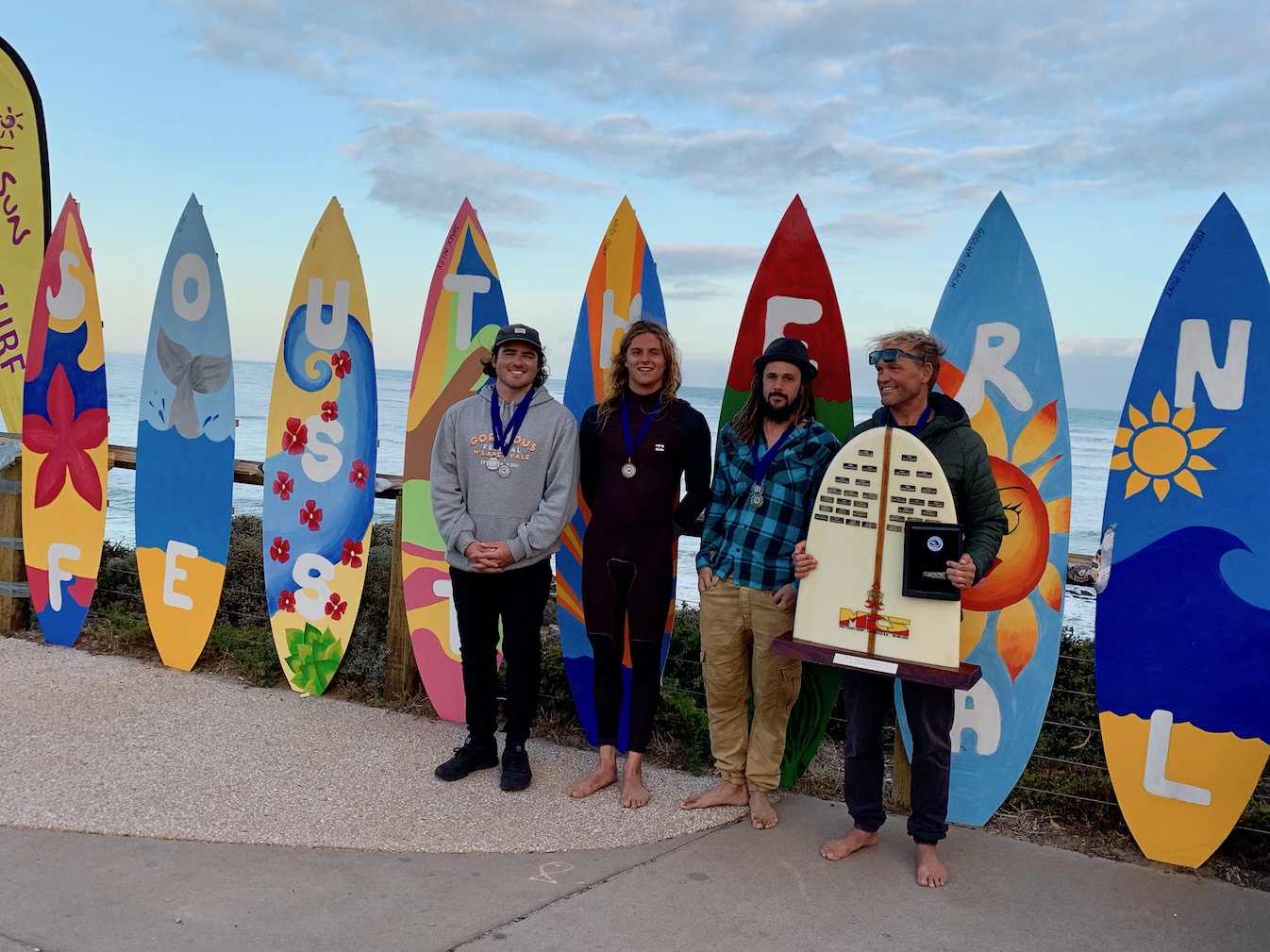 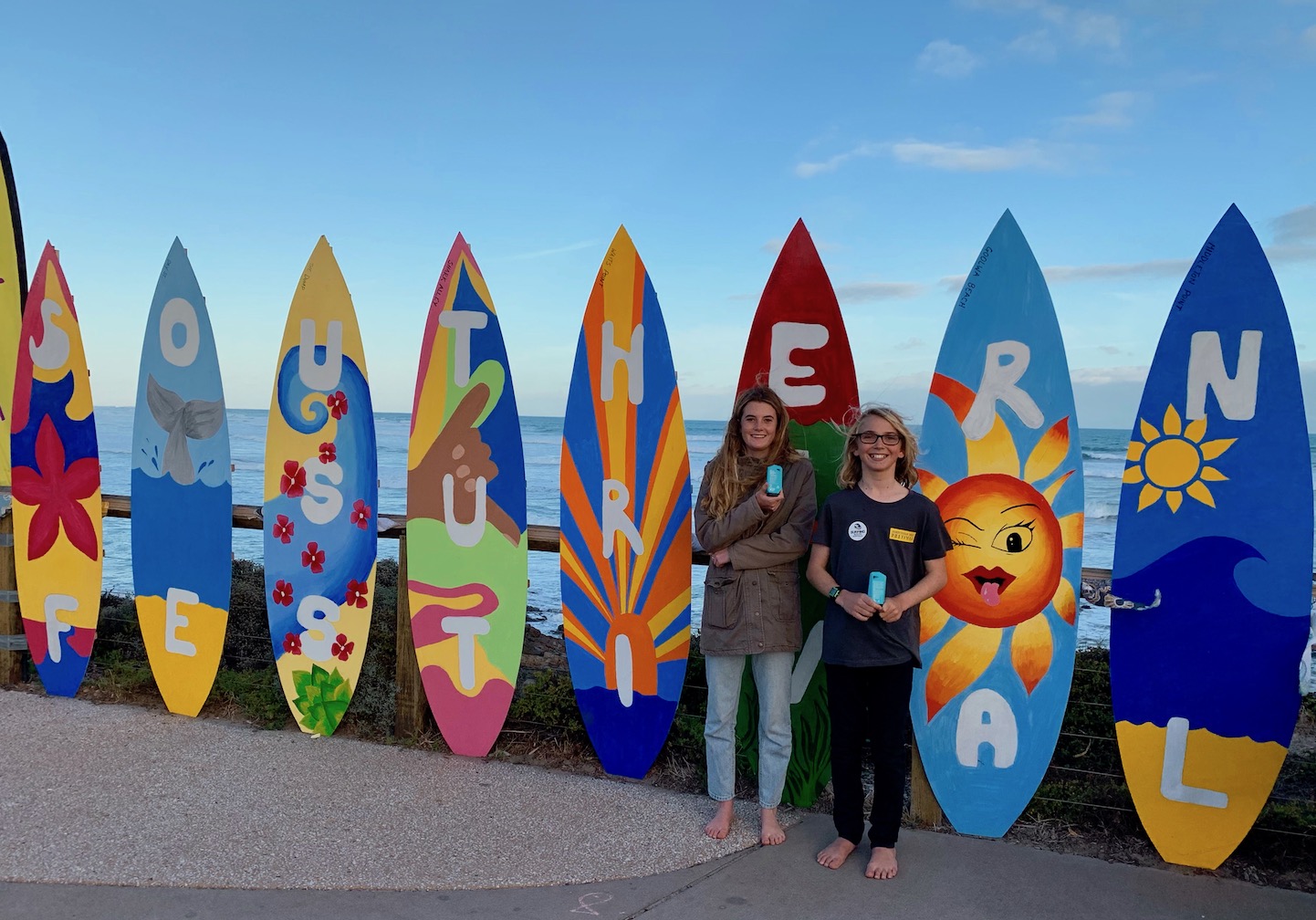 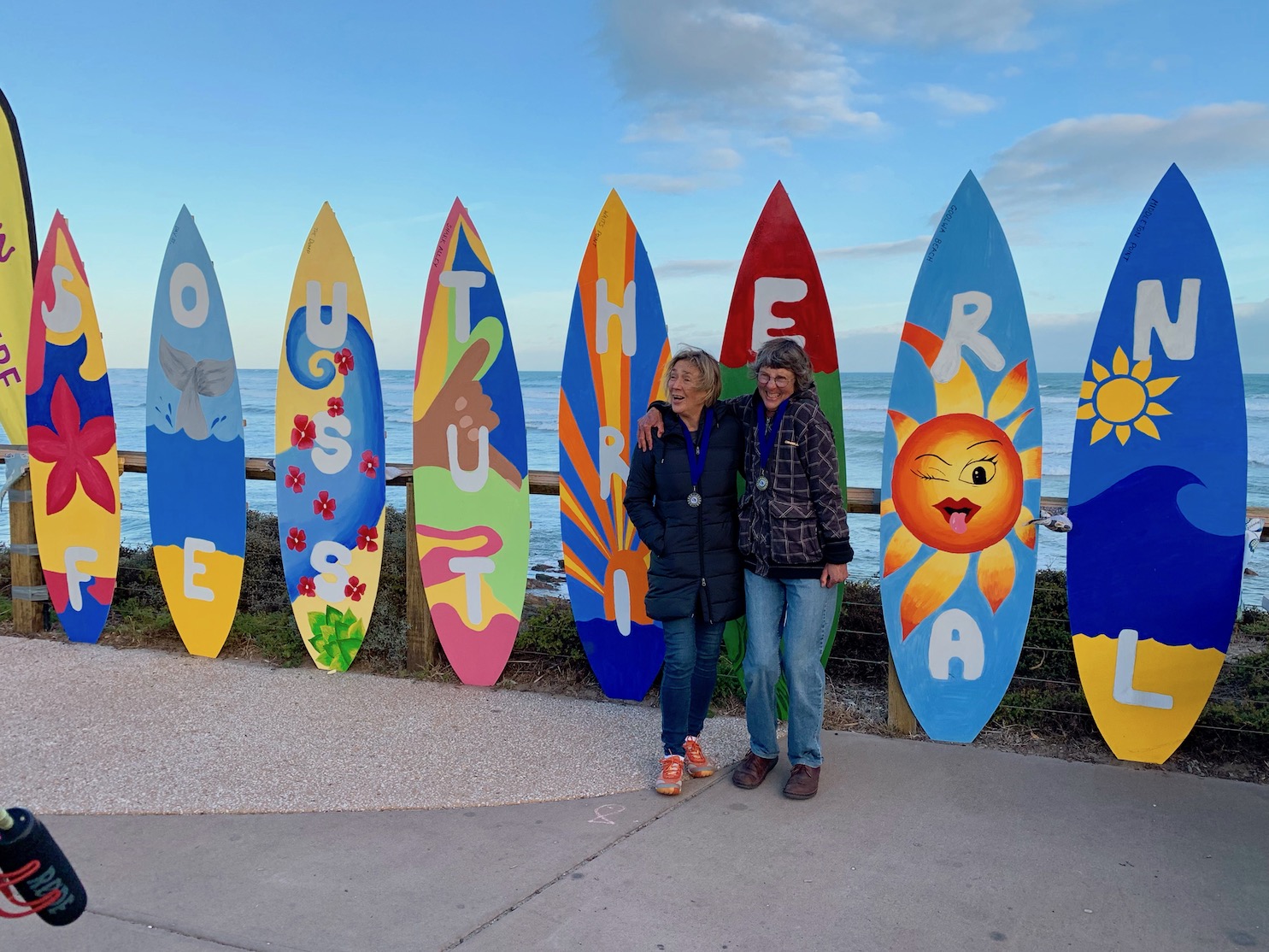 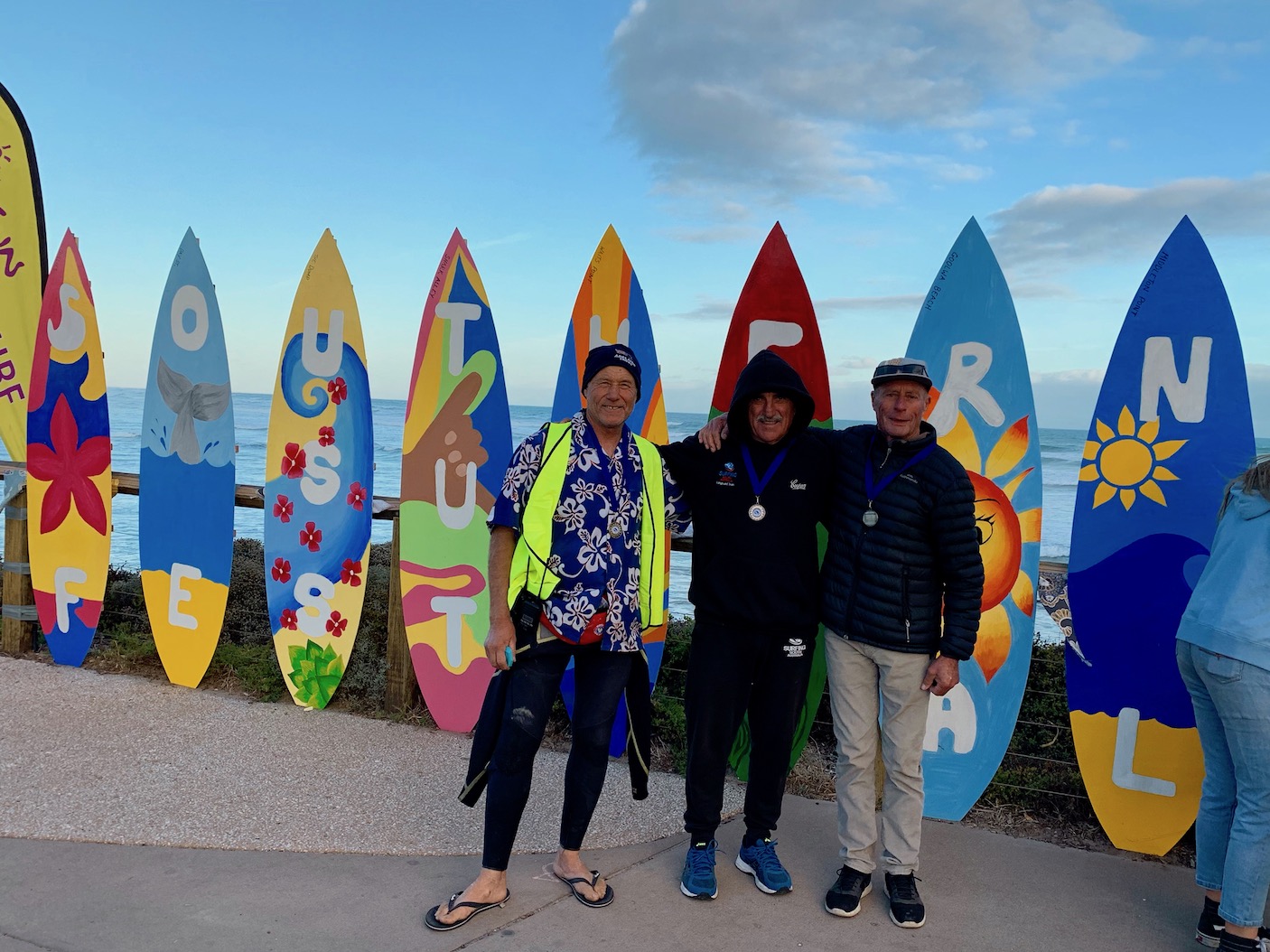 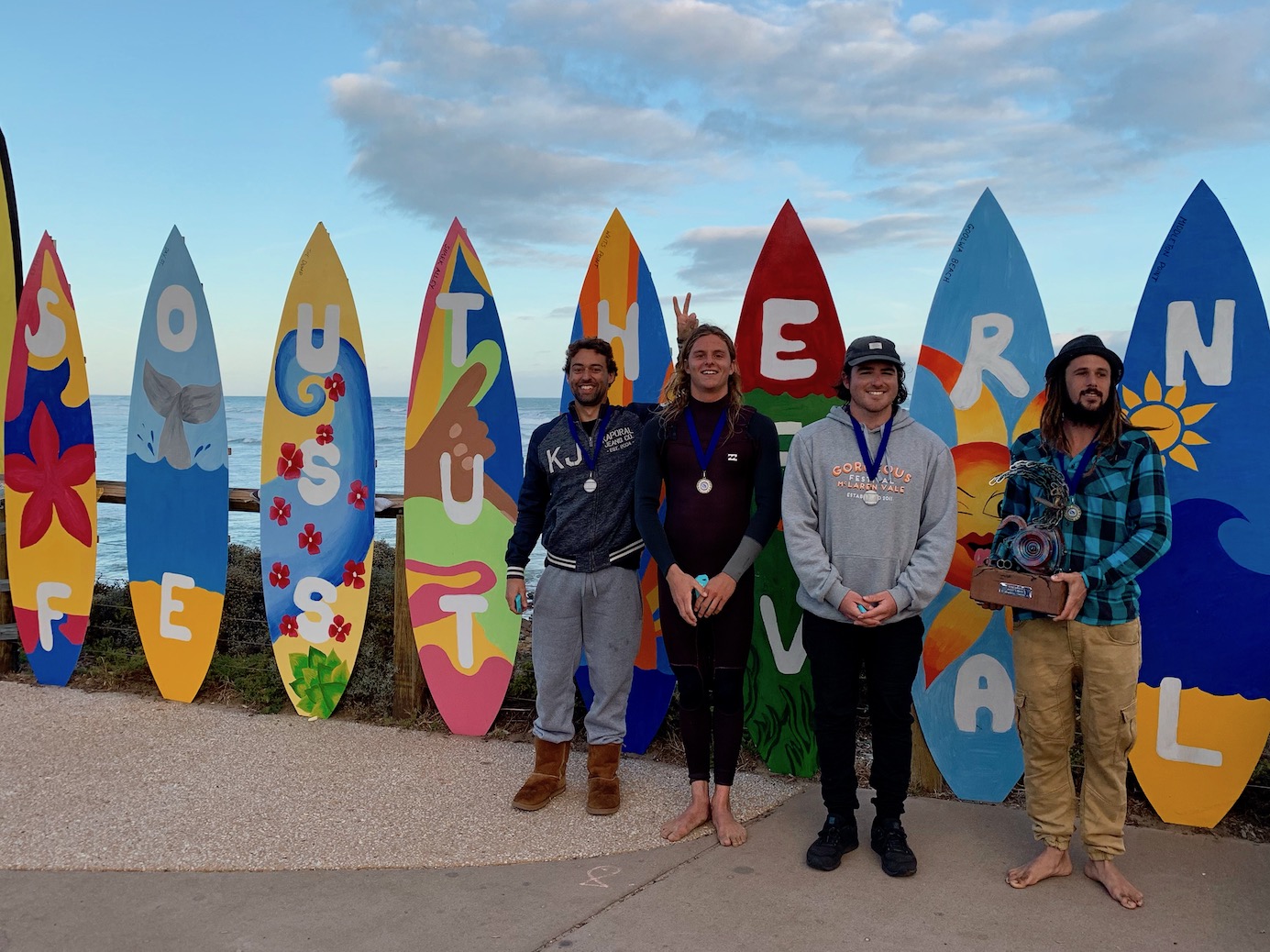 The Home Grain Bakery Longboard State Titles was concluded in large and powerful 4-6 feet surf at Middleton Bay on Saturday. The hyped up swell arrived in force and competitors faced some challenging conditions.

13 separate champions were crowned at the SA home of longboarding. The event that forms part of the annual Southern Surf Festival attracted a large field of surfers with hopes of qualifying for the Australian Titles in NSW later this year.

Seaford’s Craig Potgieter took the blue-ribbon Open Men’s final. “ I am stoked to have taken it out. The conditions suited me, it was good to have decent size surf”, said Potgieter. Coming in second was Adam Barley (Seaford), third was Tom Bowen (Seaford) and placing forth was Zac Drury (West Beach).

The Open Women’s Longboard division was hotly contested as usual. Finally it was Karen Riley (Aldinga) who took the coveted title followed by 2018 Longboard Surfer of the Year Erika Oemcke (Port Noarlunga South) with Ellen Watson (Port Noarlunga) placing third and and Catherine Seal-Yates (Goolwa) taking forth position. “I am really happy to have taken the title” said Riley, “Conditions were challenging”.

"It was great to see such a big turnout for the event. Such a diverse group of surfers from 13 to 73 years of age, longboard surfing is really strong in our State”, said Craig Potgieter from Surfing SA.